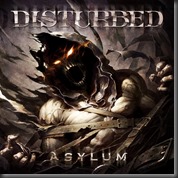 Opinions are like assholes. Everybody has one and they all stink. - Unknown

Well, here I am back in my own journal. I used to belong to the Talk_Politics Community for political discourse. I had observed and participated in some pretty spirited and sometimes heated discussions where all sides were represented, respected and expressed in no uncertain terms. Unfortunately, the Conservative side of the discussions retreated into their own hollow echo chamber, basically leaving Talk_Politics as a, more or less, hollow echo chamber itself. Eventually, any attempt to inject an American perspective resulted in deep resentment toward America's place on the world stage even from the moderators and I, myself, retreated and left the forum.

Livejournal used to be awash with political communities, but has been reduced to precious few. I tried my hand at the ONTD_Political forum, but they exercised Gestapo-like censorship on their links only allowing their preapproved short list of sources that were basically their other forums and a few far left wing sources. Also, if you weren't sucking Bernie Sanders' dick, they didn't want you.

Now to my point. The internet has been heralded as a medium that increased communication, enabled worldwide commerce and put knowledge at the fingertips of the common man. At the same time, it provided an open forum to have your voice heard along with everyone else's. Political forums on the internet became open bitch boards that enabled the masses to express their pet peeves and self centric agendas. America stopped discussing and started shouting to the point that the nation no longer has a meaning as a society of citizens, but got drowned in the noise of divided competing tribes. Nothing illustrates that more than the political candidates, Donald Trump and Bernie Sanders, that represent what is most extreme about America.

The voice of reason and the voice of moderation has become lost. Compromise has turned into staunch and unyielding confrontation. The really sad part of this is that this confrontation and rage aren't even seen as a failing any more, but a valuable asset. Seemingly insurmountable problems have become more intractable than ever. This seems to have arisen from the financial meltdown of 2008 where institutional icons no longer provided answers and people had to look within themselves for their own solutions. As a result, cooperative victories within our society now appear to be personal intrusions because they require imposition on our personal lives. Nobody wants to contribute to a general welfare any more. The Constitution is no longer a founding document, but a convenient weapon for the weak minded.

For the first time in my life, I genuinely fear for the country's future. It is not because I am afraid it is going in the wrong direction, but because the country is consciously choosing not to have a direction. We are in pure stimulus/response mode for only immediate gratification and the future be damned. 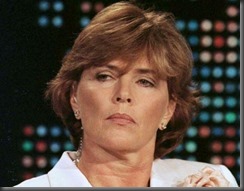 Iron rusts from disuse; water loses its purity from stagnation... even so does inaction sap the vigor of the mind. - Leonardo da Vinci

Hillary Clinton said in the New Hampshire Debate that the mark of Progressivism is progress. In an effort by the Republican Party to halt this perceived evil is an effort to revive the 20 year obsession with Bill Clinton's dick.

According to an article in Reuters, an associate of Donald Trump is trying to revive the Monica Lewinsky affair by recruiting Kathleen Willey. According to Willey's claims, Bill Clinton sexually assaulted her while she was an unpaid aide to Bill Clinton.

One of the women who has accused former U.S. President Bill Clinton of sexual assault says she has agreed to work for an anti-Clinton political group being formed by a former advisor to Republican presidential candidate Donald Trump.

Kathleen Willey, a former White House volunteer who says Bill Clinton groped her in an Oval Office hallway in 1993 when she came to him tearfully seeking a paid job, said she had agreed to become a paid national spokeswoman for a group being created by Roger Stone.

Stone, a Republican strategist, said the group would become active should Hillary Clinton, Bill Clinton's wife, win the Democratic nomination in the 2016 race for the White House. Clinton is currently the front runner.

Besides being an incident that America should have digested and moved past within the last 15 years, Willey's allegations were found to be not credible by the independent counsel assigned to the case. According to the article on Kathleen Willey in Wikipedia:

The Final Report of the U.S. Office of the Independent Counsel report noted that "Willey and President Clinton are the only direct witnesses to their meeting, and their accounts differ substantially on the crucial facts of what occurred." It also stated "Willey gave false information to the FBI about her sexual relationship with a former boyfriend, and acknowledged having lied about it when the agents confronted her with contradictory evidence. Following Willey's acknowledgment of the lie, the Independent Counsel agreed not to prosecute her for false statements in this regard."[5] According to Independent Counsel Robert Ray's report, "Willey's [Paula] Jones deposition testimony differed from her grand jury testimony on material aspects of the alleged incident."[6]

Willey has a history of controversial claims including telling the FBI she was pregnant and she had a miscarriage when she did not.[9] On the evening of March 19, 1998, Julie Hiatt Steele, a friend of Willey, released an affidavit, accusing the former White House aide of asking her to lie to corroborate Ms. Willey's account of being sexually groped by President Clinton in the Oval Office.[10] An attempt by Kenneth Starr to prosecute Steele for making false statements and obstructing justice ended in a mistrial and Starr declined to seek a retrial after Steele sought an investigation against the former Independent Counsel for prosecutorial misconduct.[11]

Apparently, this is an effort to discredit the Clinton campaign by declaring this highly dubious claim as rape. The organization that Willey heads up is called the Rape Accountability Project for Education PAC, or RAPE PAC. 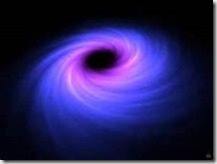 Insurgency, we understand perhaps a little bit more because of the Taliban. And that is that they went about systematically understanding how to disrupt and change a person’s entire processes. - Republican Congressman Peter Sessions

We all know what a black hole is. It’s a swirling mass in the center of the galaxy that consumes hot gases and enlightenment and produces nothing. That would also describe our American Congress, the epitome of dysfunction within our country.

The remaining members of al Qaeda must be dancing in their caves right now. We as Americans have achieved things that they could only dream of. Things like a worldwide financial meltdown, destructive disclosures of our state secrets regarding defense, some unrepentant plagiarist and blowhard named Rand Paul staging a pointless and futile 10 hour rant about our drone program and most recently a near, partial, feel-good, not really, but okay shutdown of our government and virtual execution of our foot regarding our financial good faith with the debt ceiling.

Along comes October 1st and the Affordable Care Act, code named Obamacare. Despite Republican efforts to repeal, shut down, defund, constitutionally reject and hold the government hostage over it; they are falling all over themselves to demand that the government respond to its nascent popularity by commanding that it work flawlessly by decree.

I have been a part of enough large IT projects, including a successful one for the US military, to know that setting a do or die date for a project of this magnitude is a crap shoot at best. Besides, the system wasn’t designed to have to support federal exchanges for 27 states.

Of 3,555 projects from 2003 to 2012 that had labor costs of at least $10 million, only 6.4% were successful. The Standish data showed that 52% of the large projects were "challenged," meaning they were over budget, behind schedule or didn't meet user expectations. The remaining 41.4% were failures -- they were either abandoned or started anew from scratch.

Now these same legislators that failed to navigate their own missions enough to keep our government operating are conducting investigations of those who were unable to automate this highly specialized and unprecedented project including that of Secretary of Health’s Kathleen Sebelius. If these Congressmen want to understand the profile of failure, they should assemble a committee and just put a big mirror in the center of the room, because the healthcare.gov team has something Congress doesn't have. A spirit of cooperation to achieve a goal.